The food and beverage industry is universal. The only people outside of its influence are hunter gatherers and subsistence farmers. The industry incorporates the supply chain, including farmers, as well as processing, packaging and distribution. It a fast-changing environment shaped by population, consumption, demand and tastes. EU Automations in depth report highlights the biggest trends and technologies changing the face of industry over the next 5 years.

1. The food, beverage and tobacco industry now and in the future

1. The food, beverage and tobacco industry now and in the future

The food and beverage industry is universal. The only people outside of its influence are hunter gatherers and subsistence farmers. The industry incorporates the supply chain, including farmers, as well as processing, packaging and distribution. It a fast-changing environment shaped by population, consumption, demand and tastes.

Manufacturers must adapt their offerings to match consumer needs to remain competitive in the market. To do so, manufacturers are now offering more dairy alternatives in response to growing demand for soy, almond, coconut, rice, oat and hemp milk.

As well as health concerns, consumers have also expressed an interest in the environmental impact of packaging. An increase in compostable, biodegradable and recycled packaging is expected in response to this trend.

Packaging is not the only part of the industry with an environmental impact. The meat industry accounts for 18 per cent of total greenhouse gas emissions according to the Food and Agriculture Organization of the United Nations. Because of this, research began into laboratory grown meat ─ the first lab grown burger was developed in 2015, carrying a $300,000 price tag.

A survey by the Food Information Council Foundation found that consumer confidence in food supply chain safety dropped five per cent between 2015 and 2016. Consumers have concerns about ingredient traceability and high-profile recalls and food-borne outbreaks. Manufacturers are under pressure to ensure traceability throughout operations to prevent fraud, unethical practices and food safety breaches.

To match up to changes in consumer demands and market dynamics, manufacturers can opt for more automation and robotics in their facilities. These technologies improve flexibility on the production line and increase efficiency.

Whatever the consumer’s interest, a company must be producing goods productively and efficiently to remain competitive. Using sensors to measure equipment effectiveness can give manufacturers an insight into production efficiency.

Sensors can also identify equipment that needs servicing or replacing, so that manufacturers can schedule maintenance or order replacement parts in advance of a breakdown. This reduces plant downtime and prevents any system damage or wasted raw material that may occur during stoppage.

Food, beverage and tobacco plants are expected to experience mass adoption of automation. According to MarketsandMarkets, the food robotics market is projected to grow 12 per cent in 2018 compared with 2017.

MarketsandMarkets also forecasts that the demand for discrete controller systems and visualisation systems will increase by seven per cent in 2018 from 2017 figures. Growing numbers of these technologies will help to streamline production, to heighten productivity as well as quality.

The sector is also expected to increase numbers of collaborative robots, able to work safely in conjunction with human staff to achieve the benefits of automation, without the risk of accidents. This will also help the industry with its shortage of engineers and food technologists — an important gap to fill with a talented pipeline to safeguard the future success of the industry.

Increased real-time data from connected sensors is the enabler of improving food and beverage operations. Access to data on temperature, pressure, cook time as well as maintenance factors will allow the industry to raise its standards and regulatory compliance.

Manufacturers must respond to market changes to match consumer demands, while continuously improving operations. Automation is proving to be crucial in striking this balance.

a variety of specialised diets, including vegetarian, vegan and clean eating. How can food and beverage manufacturers use technology to improve the traceability of their supply chain in line with this?

Food contamination costs the global economy $55 billion each year. To achieve visibility across the entire supply chain, food and beverage manufacturers need to integrate an enterprise research planning (ERP) system that is capable of logging the movement of products and analyse any changes to the supply chain, particularly any preventative actions.

In the future, we can expect to see even more devices capable of enabling traceability. These won’t just store the data, but analyse it to help meet customer expectations and adhere to the ever increasing industry regulations.

Smart technologies are becoming increasingly ubiquitous in industrial manufacturing. However, while automotive and pharmaceutical sectors are leading the way, the food and beverage industry has been slow to adopt new technologies. That is until recently. Here, we explore three of the latest trends set to revolutionise food and beverage manufacturing.

Quirky inventions in pop culture, like the replicator, a device used to synthesize meals in Star Trek, have inspired the creation of real 3D printing technologies for food.

As a form of additive manufacturing, 3D printing of food brings with it a great number of benefits including mass customisation to better meet individual needs, use of alternative ingredients and a more energy efficient way of producing food.

The manufacturing plant isn’t the only place becoming ‘smarter’. Industry 4.0 is also making its way onto farms. Precision agriculture is a concept that makes the practice of farming more accurate and controlled, particularly when it comes to growing crops.

A mixture of sensors, high precision positioning systems and geo-mapping ensures each crop receives the right amount of water and fertiliser for maximum yield, as well as allowing for the harvesting process to be automated.

Almost one third of the world’s food produced for human consumption is wasted each year. To tackle this problem, food manufacturers are combining their efforts- and invisible shopping is one of many ways that could alleviate this global problem.

By using sensors in a fridge or storage cupboard, appliances can monitor product inventory and automatically repurchase them when stocks are low. This stops duplicate products, particularly perishable goods such as fruit and vegetables, being bought in large quantities and left to rot as they are not used.

4. How our services work for you

4. How our services work for you

Following a machine breakdown, food and beverage manufacturers need to replace broken parts quickly, to return to regular production. However, there is no guarantee that a replacement part is sat in the manufacturers inventory. In fact, it may no longer be produced by the original equipment manufacturer (OEM) at all.

Estimates suggest that almost every manufacturer loses five per cent of its productivity due to downtime. However, when producing food and beverages with limited shelf-lives, downtime can be even more costly.

Working with an obsolete parts supplier means manufacturers can return to production with minimal downtime and costs.

So, what are the options? To return to production the manufacturer might have to replace an entire machine or, the worst-case scenario, an entire system.

This is where EU Automation can help. We can source and deliver obsolete parts for devices used by food and beverage manufacturers, from sensors and motors to human machine interfaces (HMIs) and plant engineering software systems. You name it, we can obtain it.

We work directly with some of the biggest automation manufacturers to source new, reconditioned and obsolete parts for food and beverage manufacturers.

But, what about compliance I hear you ask

To meet with food and drug administration (FDA) regulations, EU Automation stocks parts from Allen Bradley and other manufacturers that use FDA approved coatings on their parts, reducing the risk of any contamination.

What’s more, we understand the value of downtime for the food and beverage sector. Manufacturers can contact EU Automation for any required part and expect overnight delivery from one of our warehouses - regardless of whether it is a new, reconditioned or obsolete part.

Maintenance engineers can also prepare for a breakdown in advance by stocking spare parts on-site, then EU Automation can replenish stock to reduce potential downtime in the future. This may be a more viable option for large manufacturers.

Food, beverage and tobacco manufacturers need to consider how they will react to, or prepare for, a machine breakdown.

It only takes a quick Google search to see how frequently product recalls happen in the food, beverage and tobacco industry. In fact, a recent analysis of Food Standards Agency data discovered a 70 per cent increase in product recall alerts since 2012.

Despite product recalls being damaging for the manufacturer involved, they are put in place to save the general public from the potentially harmful effects of consuming damaged products. However, without traceability records, recalls would not be possible. The better these records, the faster businesses can respond to emergencies, minimising financial damage and harm to public health.

Unfortunately, traceability of food and beverage products is met with several challenges. Human error in record keeping can damage traceability along the entire supply chain and counterfeit products, put consumer health at risk and are harmful to the economy. Also, detailed traceability records include huge amounts of data, which are challenging to collect, store and analyse.

Supply chain globalisation also poses challenges for the traceability of food and beverage products. For example, regulations differ between countries and different time zones can delay the response to emergencies. In addition, many products are imported from countries with lower health and safety standards, so quality testing is required along the supply chain.

Automation of traceability processes helps the industry overcome these challenges.

This doesn’t have to be as expensive as you may think - EU Automation has an extensive portfolio of new, obsolete and reconditioned parts that can be retrofitted to improve the performance of a system without a full replacement. For example, you can attach sensors to containers, allowing you to monitor conditions such as the physical handling of products, their location and any temperature excursions.

We also supply programmable logic controllers (PLCs) and human-machine interfaces (HMIs) so that you can integrate sensor technology with accompanying hardware to further automate your traceability processes.

Gone are the days when every item’s serial number had to be written down and traced manually. Businesses can now use barcode or radio-frequency identification (RFID) technology, along with handheld scanners, to log each item into an automated database.

According to research by Wrap, the UK wastes 1.7 million tonnes of food and drink products along the supply chain every year. A lot of this waste is avoidable with increased traceability. Customers want to know where their food comes from and retailers will not sell products that cannot be easily traced. However, if the facility is shut down because of a machine breakdown, traceability is compromised.

Here, we explain how EU Automation can reduce downtime at a dairy manufacturing plant. 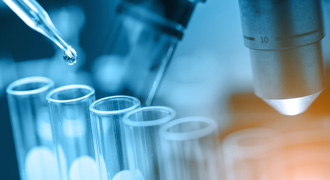 See how automation is powering the development of pharmaceuticals, healthcare and biotechnology. 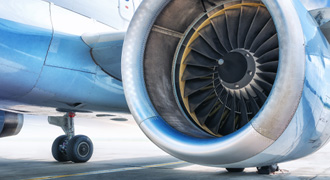 Review the latest news and resources from two of the most advanced industries in the world. 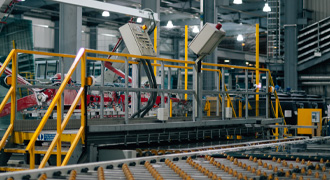 Read up on the next generation of machinery manufacturing and the benefits to industries globally.

Here to inspire you.