The electronics manufacturing industry has changed rapidly in the recent past and advances in this field show no signs of slowing down. The demand for electronic components is on the rise, driven by a variety of factors, such as the growing use of electronic devices in everyday life, the increased tendency to automate industrial processes and technological advances in automotive electronics. In this highly competitive market, one issue that manufacturers have to come to terms with is the shorter life cycles of their products, and the fact that some of the electronic components in them are prone to short obsolescence cycles. Our indepth industry report highlights these issues and much more.

According to IHS Markit, there will be 75.4 billion devices connected to the Internet of Things (IoT) by 2025. Consumers want these devices to be affordable and also work quickly and efficiently. To meet this demand, electronics components manufacturers must be ready to adapt.

Electronics has revolutionised industry and everyday life since the identification of the electron by physicist Sir Joseph John Thompson. Inventors in the 20th century used vacuum tubes to control electric current flow in their devices, but these tubes were fragile and wore easily. The invention of transistors in 1947 meant that vacuum tubes were rapidly replaced for more reliable components.

Now, electronic systems are much more complex and operate in a wide range of applications and environments. The growing demand for these devices also means an increase in demand for reliable components. These components are required for devices such as display systems, sensors and artificial intelligence (AI) features. As these devices become more intelligent, the demand for components will increase further. For example, forecasts suggest that a car of the future may need up to 22,000 micro lead-frame chip carriers (MLCC). These industries demand reliable and efficient electronic components with shorter lifecycles, which is difficult for electronic components manufacturers to fulfil.

The demand for components is going to continue to grow in the next few years due to Moore’s Law. In 1965, Gordon Moore, one of the founders of Intel predicted that the number of transistors that can be placed on a single integrated circuit doubles every year. The prediction changed to once every two years because the pace began to slow.

Electronic component manufacturers now use Moore’s law as a benchmark for their yearly output and work hard to achieve this goal. There have been many times when engineers have feared that Moore’s Law would end because of limitations of technology, such as the wavelength of the light used to etch the circuits. Every time this happens a technological breakthrough has allowed manufacturers to overcome barriers to create smaller circuits with more transistors.

Manufacturers are still successfully following Moore’s prediction, creating smaller, faster and more efficient circuits for a range of technologies. Many industries now rely on technology to improve productivity, increasing the demand for electronic products. This demand has increased at such a high rate that demand now outpaces supply.

75.4 billion devices will be connected to the Internet of Things by 2025

The rapid evolution of the automotive industry and Internet of Things (IoT) devices are two key factors that have dramatically increased the demand for components and manufacturers are finding it difficult to keep up.

Increasing lead times and a reduction in stock availability is negatively impacting the industry. All manufacturers are experiencing the impact of this shortage, no matter the size of the business. For example, Apple had to delay the release of the iPhone 8 because of supply constraints.

Manufacturers must consider how they can use new technologies and materials to increase their production and stop the shortage from negatively impacting the industry.

The problem with silicon

Currently, engineers can place around two billion transistors into a consumer microprocessor. However, engineers are limited by traditional materials, such as silicon, for making semiconductors and other electronic components.

Electronic components manufacturers have used silicon to help fit transistors into microprocessors since 1965. However, there are some limitations to silicon and manufacturers must look for an alternative material to meet the growing demand.

Circuits are now nanometres wide and electrons can become unstable when travelling down miniscule transistor pathways and tiny silicon spaces. This can interfere with other signals and reduce the accuracy of the electronic device. In general, silicon does not provide the best environment for electron mobility in small spaces.

Silicon can also rise to very high temperatures when it is packed with too many components. Operating at high temperatures can speed up the degradation of the equipment and negatively impact device performance. A lot of energy is lost in this process which can put further strain on the device as it is only using a small proportion of the energy it generates. If manufacturers want to start to reduce the electronic components shortage, they must look to emerging technologies that can create smaller yet more powerful components.

Advances in nanotechnology will help manufacturers to produce devices with enough transistors with accordance to Moore’s Law. Nanoelectronics allows manufacturers to create components that are only a few nanometres in size. For example, the first transistors built in the 1940s were over 1cm in size. Today, the smallest working transistor is seven nanometres in size — over 1.4 million times smaller than an original transistor.

Advances in nanotechnology will help manufacturers to produce devices with enough transistors with accordance to Moore’s Law. Nanoelectronics allows manufacturers to create components that are only a few nanometres in size. For example, the first transistors build in the 1940s were over 1cm in size. Today, the smallest working transistor is seven nanometres in size — over 1.4 million times smaller than an original transistor.

Electronics manufacturing is a rapidly changing industry with demand for smaller, smarter and faster products coming from both businesses and consumers.

To stay competitive in this ever-shifting market, it is important to be aware of new trends that could impact your business.

Here, we explore three of them.

In a connected or smart factory, a variety of devices are connected to the internet, communicating with each other and facilitating complex and even automated analysis, for example applying artificial intelligence and machine learning to big data. Electronics manufacturers are now able to automate many processes to speed up production, which can increase productivity by up to 20 per cent.

As manufacturers in all sectors are rapidly adjusting to the digitalisation trend, it has led to unprecedented demand for electronic components, which means any productivity enhancement will help electronics manufacturers remain competitive.

Engineers are researching greener transportation solutions, including the electrification of vehicles such as cars, busses and commercial vehicles. Battery electrification will provide opportunities for market expansion, but manufacturers will also have to face new challenges due to the high voltage systems required by these vehicles.

Vehicles have traditionally relied on 12-volt systems for routine onboard operations like starting, lighting and basic accessories, but today manufacturers are using substantially higher voltages, such as 28V and 48V systems. These high voltage applications require very complex connection systems and at the moment only a few suppliers have the technology and know-how to provide suitable components for them.

Alternatives to silicon and copper

Electronic systems are increasingly complex and operate in a wide variety of in-demand devices such as smart phones and TVs. As these devices are implemented with new features, the demand for electronic components increases exponentially. To keep up, it is necessary to overcome the shortcomings of traditional materials such as silicon and copper. Circuits are now nanometres wide and electrons can become unstable when travelling down such small silicon spaces. In addition, silicon rises to very high temperatures.

Emerging alternative materials are graphene, indium and other 2D materials that can be reduced to sheets on which components can be printed. Aluminium is also being used more and more to substitute traditional copper to produce lightweight components, allowing engineers to reduce the package size and weight.

3. How our services work for you

3. How our services work for you

The electronics manufacturing industry has changed rapidly in the recent past and advances in this field show no signs of slowing down. The demand for electronic components is on the rise, driven by a variety of factors, such as the growing use of electronic devices in everyday life, the increased tendency to automate industrial processes and technological advances in automotive electronics.

In this highly competitive market, one issue that manufacturers have to come to terms with is the shorter life cycles of their products, and the fact that some of the electronic components in them are prone to short obsolescence cycles. Machinery in the manufacturing field can have a life span of up to 30 years, but the production life of their electronic components is actually much shorter. This creates a substantial problem, since equipment manufacturers might find it difficult to find a replacement when an electronic component breaks down. If the right part is nowhere to be found, the end product might have to be completely redesigned, re-tested and certified.

Luckily, a proactive obsolescence management plan can help avoid the cost of redesigning a product entirely. EU Automation can assist you in coming up with fast and cost-effective solutions for managing obsolescence in a rapidly shifting industry such as electronic component manufacturing. We will source the spare part you need, regardless of whether it is new, reconditioned or no longer manufactured by the original equipment manufacturer (OEM).

Thanks to four facilities located in Staffordshire (UK), Chicago, Singapore and Frankfurt, we can minimise the time between the placement of a customer’s order and the delivery of the requested part. We guarantee same day international dispatch and within Europe we can often deliver what the client needs in only nine hours.

Minimising plant downtime is essential to meet your customer’s expectations and build a reputation for trustworthiness. Working with a reliable obsolete industrial parts supplier means reducing the negative impact of a machine breakdown, with minimal downtime and costs.

In 2016, nearly 1.5 billion smartphones were sold to end users worldwide, with each phone containing around 500 capacitors. As the demand for smartphones and other connected devices increases, electronic component manufacturers must consider how to increase production in a time and cost-effective way.

The demand for more devices, such as laptops and smartphones, as well as emerging technologies like autonomous vehicles means the demand for electronic components is increasing.

We are now experiencing a global shortage of electronic components that is impacting electronics manufacturers and increasing lead times of these smart devices. Components cannot be manufactured quickly enough to keep up with demand and many components are going out of stock.

Any unexpected downtime can negatively impact a manufacturer, particularly during a shortage that has already increased lead times. If a machine breaks, manufacturers must source a part immediately to return to production. This can be difficult if the original equipment manufacturer (OEM) no longer stocks that part.

Manufacturers should also consider how carrying out predictive maintenance can help improve lead times. Installing sensors helps maintenance engineers to closely monitor machine condition and order any parts before the machine breaks down. This way engineers can schedule maintenance before a breakdown occurs.

If manufacturers want to implement a predictive maintenance plan to reduce downtime, we can help. We stock new, obsolete and reconditioned parts from a range of global manufacturers to ensure you always have access to parts. We also offer global delivery in 48 hours to help electronic components manufacturers improve productivity and reduce the shortage.

Nearly every industry uses electronic components. However, the long-term global shortage and growing demand for these components means that manufacturers need to ensure the manufacturing plants in this sector run efficiently at all times. 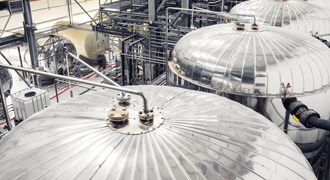 We bring you cutting-edge developments and recent trends in food and beverage production. 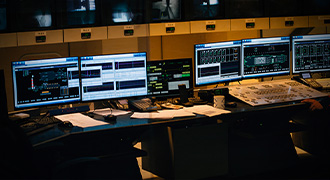 Understand how to leverage the latest cyber security measures to operate safely in the digital age. 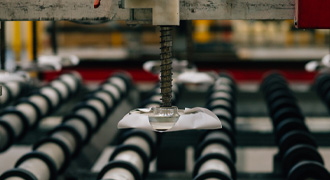 Resources for all things manufacturing, whether you’re new to the industry or a seasoned professional.

Here to inspire you.