Please can you give me an overview of InfluxData and how the business was founded?

Hall... InfluxData was founded in 2013 in San Francisco. Paul Dix, our founder and CTO, established the company from a simple idea — there was no modern purpose-built solution for handling time series data, which is a sequence of data points indexed in time order. Every time he was working on a project that had time-stamped data, such as financial or manufacturing data, he had to use traditional solutions that fell short in some way. Frustrated by the situation, he decided to create a company that could handle the unique challenges of time series data, in terms of volume, variety, and how the data changes over time. Time is the steel thread that ties the analysis together. InfluxData was founded on the premise that the company would be at least 50 per cent remote, which has made the transition to 100 per cent remote working during the COVID-19 pandemic very simple.

What are InfluxData’s main products and services?

Hall... InfluxData is the creator of InfluxDB, an open source platform focussed on time series data. An important part of this platform is Telegraf, a data collection agent to translate a wide variety of protocols and standards into a common and consistent specification that can be loaded into the database.

We serve customers in two markets — the virtual and the physical world. By virtual world, I mean IT-related monitoring for networks, systems, servers, switches and more. For example, many companies use our platform to monitor their as-a-service offering. By physical world, I mean companies monitoring data from their IoT-connected devices in areas such as manufacturing, energy production, healthcare, wearables and eco-farming. Any device emitting data with time stamps is a time series use case, and we’re purpose-built to handle that data.

What is the main innovation you bring to the market?

Hall... Our first big innovation is that we based our entire platform on Go, a programming language invented by Google, and we made that choice very early on in the history of the company. The innovation cycle of programming languages is quite short — they have a life span of approximately 20 years. Java was reaching its peak, so Paul Dix and the team of engineers that founded the company with him were looking for the next language that would be highly performing, and that was Go.

Our second big innovation is that we invested in building our own storage engine. All the mechanics around how the data lands, how it’s indexed, how it is compressed to save on storage costs, was done in-house. This allows us to do things that other platforms just can’t do.

We’re continuing to innovate, for example to make access to the data as fast as possible.

What is the greatest challenge that the company overcame?

Hall... When you’re building a horizontal platform, the main challenge is to stay focused. We have a mission to deliver software that developers love. We have an expression we call “time to awesome”, which is the speed at which we can take action to solve a problem. We want that to be as fast as possible. We want to make developers happy, but there can be so many distractions! For example, some people wanted us to go from being a horizontal platform to being a vertical applications solution. People will try to pull you in a million different directions, but you need to stay focused on your mission.

How do your products and services tie into the growing use of automation in manufacturing?

Hall... There are some standardised protocols that exist in the manufacturing space, the two most famous are OPC UA and Modbus. We’ve been on a journey to natively support these protocols. The latest version of Telegraf, our collection data platform, natively supports Modbus, and the next release will support OPC UA too. This provides the solution for any developer who wants to build a solution for industrial IoT devices.

Benefits of buying and maintaining legacy equipment/ How retrofitting your facility with legacy parts c...

Once is not enough/ Reconditioned industrial parts can have substantia...

Crossing the uncanny valley/ Motivating your workforce in the era of big...

Will there ever be human life on Mars?/ Automation technologies are helping to revolutioni...

The sense of touch/ Modern cobots possess the ability in imitating hum... 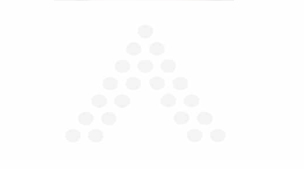